Our new Retro Rosie collection honors the can-do spirit of Rosie the Riveter. The inspiring message and vintage imagery are as meaningful today as they were during World War II. Visit your Boeing Store to purchase this collection and stand proud with Rosie.

The Rosie the Riveter image helped encourage a move toward women going to work. Working women in America went from 12 to 20 million in 1944. Boeing’s workforce grew to 40% women in 1944. Boeing also helped women to find housing, daycare, and rationing assistance. During that time young women outnumbered the young men working in the defense industry. Working women helped fill industrial work and non-factory positions in every division of the economy. White women were working right alongside African American, Asian, and Hispanic women during this time. This aided in breaking down barriers of race and class. It added diversity to the workplace and set the foundation for the post-war civil rights movement in the United States. 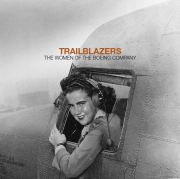 Trailblazers: The Women of The Boeing Company

The women of Boeing are as diverse and inspiring as the history of the company itself. Featuring inspiring stories, personal interviews, and rare archival photographs, this beautiful book is a fitting tribute to these aviation pioneers, from the Rosie the Riveters of World War II to today’s leaders, engineers, and test pilots.

Boeing, as a company, was successful in keeping many of its Rosie’s after the war and helping to open new opportunities to and for women. Rosie the Riveter is still, today, a symbol of women’s economic empowerment. Women accepting the challenge of joining the workforce during World War II inspired what we now call the feminist movement. The government started encouraging women to return back to lower paying jobs and back to being housewives towards the end of the war. And, although the amount of women working declined after the war, they continued fighting for equal rights.

About The Boeing Store

The Boeing Store is the official source for authentic merchandise from The Boeing Company. 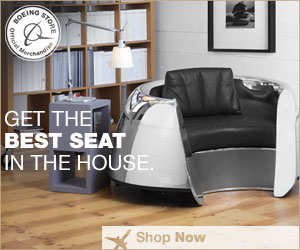